Kuni Mikami was born in 1954 and raised in Tokyo, Japan. He began his classical training on the piano at a tender age of six. After graduated Kudan High School, he studied composition at Shobi Music Academy and Jazz piano with Mr. Sadayasu Fujii. In 1974 he immigrated to New York City to pursue his dream as jazz pianist. He was introduced to the Be-Bop Master, Mr. Barry Harris and became his first Japanese pupil. Studied jazz piano with him for 10 years. At a same time Kuni attended Jazz Mobil Workshop, studied with world class piano accompanist, Mr. Norman Simmons. Those two pianists influenced Mikami tremendously. Kuni was a regular player at the Jam sessions joints, such as Jazz Cultural Theatre, Jazz Forum and Tin Place. Met many follow musicians and the paid performance opportunities came in through these connections.

In 1991, the legendary band leader and talented jazz pianist Lionel Hampton had invited Kuni Mikami to play the piano with his legendary band until his passing in August, 2002 at the age of 94. During that period he also played with various talented musicians and jazz vocalists such as: saxophonist Illinois Jacquet, vocalists Dakota Staton and Melba Joyce. Kuni Mikami also performed with The Duke Ellington Orchestra at world famous Birdland Jazz Club in New York City for 8 years. Currently he is performing with the Cab Calloway Orchestra and the Kuni Mikami Trio. He had performed on tours in South Africa, Philippines, Brunei, Austria, Greece, Ecuador, Honduras and Dominican Republic with the support from the Japan Foundation and Kawai Piano Company.

From 2006 until the present time, Kuni Mikami has been touring in his native Japan, where he is performing in more than 50 cities in 80 days tour annually. Additionally, he began "Jazz For All Ages" concerts where people of different ages can come and enjoy his music. In 2011, he had established his own record label "9245 Records".

Kuni Mikami is an author of two jazz piano instructional books in Japanese: "Jazz Piano New York Style" Volume I and Volume II. He also wrote a book "My Life as a Jazz Pianist in NY". Those were published by Zen-on Music Publication in Tokyo, Japan. In addition of being an author and an essayist, Kuni Mikami write about issues for the magazine "Industry & Environment" monthly publication in Japan. He live with his wife and son in New York City. 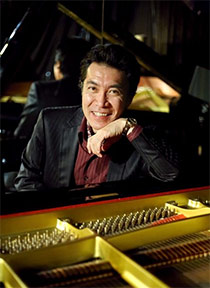 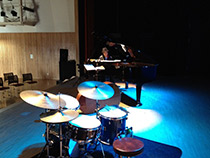 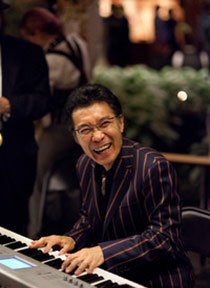 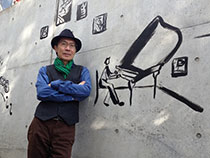